﻿Archeological evidence in the form of whale remains discovered in burial mounds suggests that whales have been consumed in Japan since the Jōmon period(12,000 BC). Without the means to engage in active whaling, consumption primarily stemmed from stranded whales. Surviving Ainu folklore reveals a long history of whaling and a spiritual association with whales. The earliest records of hand thrown harpoons date back to the 12th century.﻿

As whale catches diminished in coastal waters, Japan looked to Antarctica. Toyo Hogei K.K. purchased the Norwegian factory ship, Antarctic, renaming it the Tonan Maru in 1934. Refrigerator ships were sent along to freeze and transport the meat back to Japan.

In 1937 London, the International Conference on Whaling, which Japan did not attend, led to additional limits on pelagic whaling in order to prevent excessive exploitation (and specifically the extinction of the blue whale) creating the International Agreement for the Regulation of Whaling. Regarding voluntary acceptance of restrictions:

Regardless of efforts to establish limits, in part due to Japan ignoring an 89 day season limit and continuing for 125 days, a record 45,010 whales were taken in a single season.  By 1939 Germany and Japan accounted for 30% of the world's whale take. 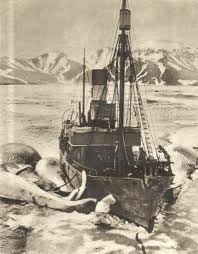 In 1972, the United Nations Environmental Conference produced a 52–0 vote in favor of a 10 year global moratorium on commercial whaling. However, the UN resolution was not adopted by the IWC by a vote of 6-no, 4-yes and 4-abstain. Japan, Russia, Iceland, Norway, South Africa and Panama voted no.

Japan has since conducted research whaling programs in the North Pacific (JARPN 1994–1999, JARPN II 2000 – present) and in Antarctica (JARPA 1988–2005, JARPA II 2005 – present). The IWC has asked its members that conduct research whaling programs to demonstrate that the research provides critical information, that the research is needed for whale management purposes, and that non-lethal research techniques are not able to provide the same information. The IWC has issued at least 19 resolutions criticizing Japan for failing to meet these conditions and asking it to stop issuing permits.

The current JARPA II permit has been "for 850±10% Antarctic minke whales, 50 fin whales and 50 humpback whales annually. To date, Japan has refrained from taking humpback whales." 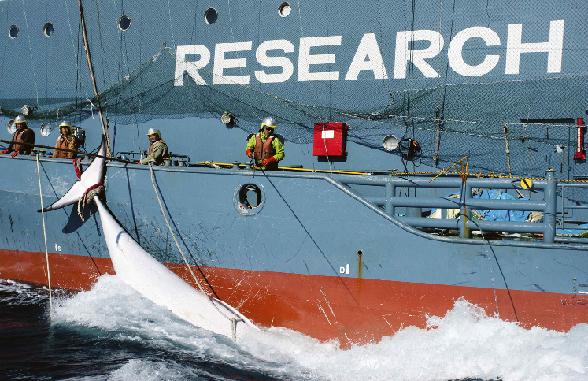 Whaling ship for research
Powered by